I want my hair back. My own hair. Not some stranger’s. Mine. Please.

I really hate the bodiless, insipid excuse for hair I see in the mirror these days. It’s as if someone snatched my own dense mane and replaced it with limp, straight locks that make every day a bad hair day.

In every childhood picture I have a thick, short mop. In some shots, you’d even call it bushy. My sisters went through their long-haired stages,

but if the photographs I’ve seen tell the full story, I never did. I don’t know if I never asked or if my mother just knew that long hair wasn’t right for me.

When I was in my late teens, my then-boyfriend asked me to let my hair grow long. I tried, really I did. After a few months’ watching hair grow out and not down, I gave up and got a short, stylish cut. My boyfriend, now my husband, either didn’t notice or chose not to comment.

In my thirties, shags were the hot style. I thought maybe I could handle short sides with a longer back. But once it grew, I didn’t know what to do with that layer of hair tickling my neck. After a few months of fiddling with it, I gave up and returned to a short, crisp style.

In my forties, my hairdresser told me that people paid her good money to make their hair look the way mine did naturally. I was lucky: a streak of white frosted the front of my short, black, wavy hair.

In my fifties, I commented one day to a friend sitting behind me as we waited for a program to begin that except for that frosted front, I wasn’t very gray yet. Through her laughter, she said, “You can’t see the back.” As soon as I got home, I adjusted a small hand-held mirror so I could see the back of my head in the bathroom mirror. Sure enough: a large, white blob, probably two inches in diameter, smack dab in the center.

In my sixties, an acquaintance insisted that I colored my hair. “Why else would you have that black fringe extending from your ears across the back?” she asked. I could only repeat that I had never colored my hair. By then, the front was no longer frosted but salt-and-pepper gray.

In my seventies, I began losing my hair—first a bit at a time as the chemotherapy took hold, then by the handful. I had thought I would get it shaved but found I couldn’t bring myself to go bald that suddenly. And then I became intrigued by the falling-out pattern: first that bright white spot in the center of the back, then the silvery gray top and front, and last of all the black fringe.

To my surprise, I was more captivated by the thought that white hair might be weaker than black than I was upset at losing it. “Hair is only hair,” I told my family and friends, “and I’m still here. With or without hair, it doesn’t matter.” Those weren’t just empty words; I believed them then and still do. One day as I passed a mirror, my father—gone for over a decade—looked back at me. Bald, I looked just like him, as noted in the following weeks by my son and a cousin, who independently commented on how much I looked like Granddad/Uncle Joe. This made the hairless thing almost fun.

Friends who had been through chemo told me that my hair would grow back thick and curly, but they were wrong. It arrived slowly, barely noticeably, and it was thin, straight, and a totally different, limp texture. I was almost looking forward to losing it again as I began to repeat the chemotherapy I had a year ago. But this new pseudo-hair wasn’t even cooperative enough to fall out. After the first few fistfuls, it departed only a wisp at a time, just enough to make it thinner, but not enough to give me a shiny pate. 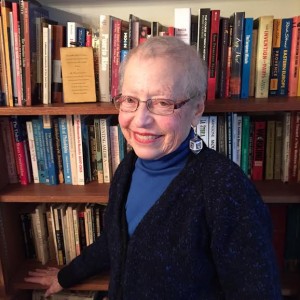 I know I’m still the same person, through thick hair or thin, but if I’m going to have hair, then I want my own back: my real locks, my own thick tresses that make me look and feel like me. I don’t think I’m being unreasonable. I’m not asking for the level of energy and stamina I was used to before cancer crept into my body. I’m not demanding that the sand that seems to surround my feet, thanks to neuropathy brought on by chemotherapy, disappear. I’m not even hoping for a return to the healthy immune system with which I was blessed for most of my life. But all I want for Hanukkah, damn it, is my own thick hair.

The king in A.A. Milne’s “The King’s Breakfast” comes to mind: